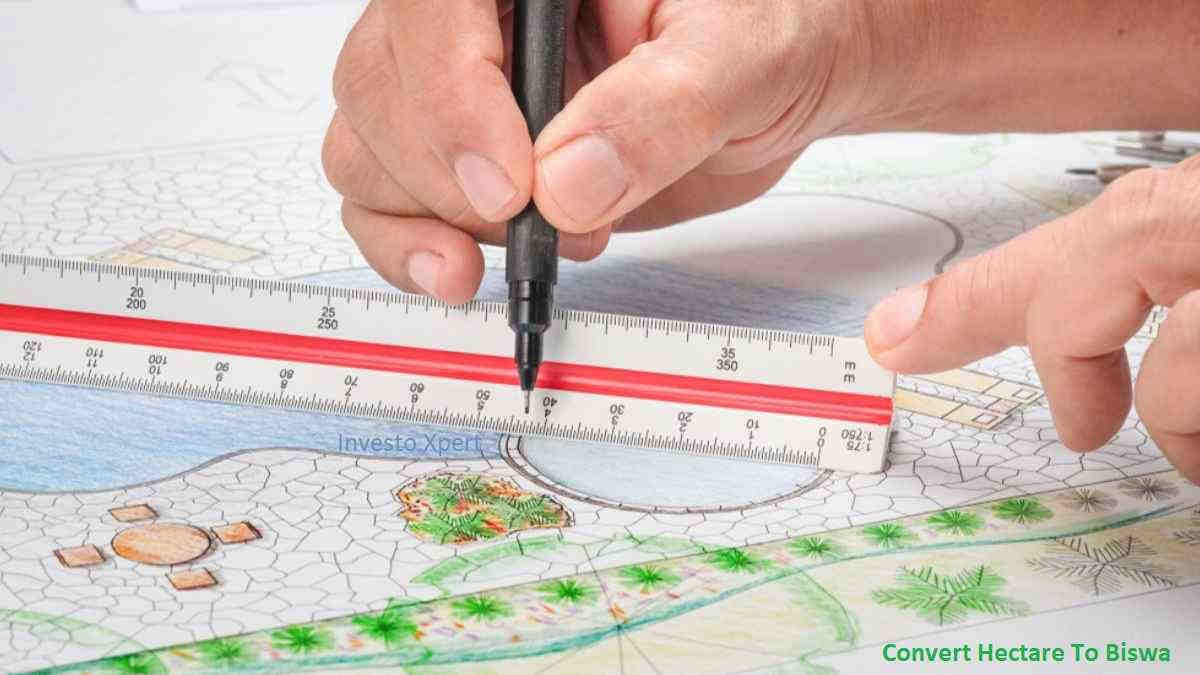 Hectare is a unit for land measurement that is commonly used throughout the world. Hectare is used for measurement of residential plots and land parcels while being written with the symbol ha.

It was first invented in 1795 and the term is a fusion of two Latin words, namely hect and area.

Biswa is one of the commonly used units for measuring land throughout India. It is majorly used throughout northern Indian States such as Punjab, Uttar Pradesh, Uttarakhand, Haryana and Himachal Pradesh.

The two units are mostly used for measurement of agricultural land across rural parts of these northern Indian States.

Relation Between Hectare And Biswa

1 Biswa is equivalent to 0.0125419104 Hectares in total. This is all you need to know for undertaking the conversion procedure successfully.

How To Convert From Hectare To Biswa?

By simple calculations you can readily convert Hectare into Biswa by multiplying the figure in Hectare by 79.07372209.

Formula for Converting Hectare to Biswa

The formula for converting Hectare to Biswa is outlined below-

You should keep this formula in mind for successfully undertaking and completing the conversion procedure.

Current Use Of Hectare

Hectare is a globally accepted unit for land measurement and is used majorly for mapping bigger plots and parcels of land. Hectare is used in several countries including India and is one of the most popular land area measurement systems.

Also Read : How Many 1 Bigha in Gaj, Calculate 1 Bigha to Gaj?

Current Use of Biswa

Biswa is a popular unit for land measurement in India. It is used majorly in northern Indian States like Himachal Pradesh, Haryana, Uttarakhand and Punjab for measuring land. Biswa is one of those local land measurement units that have stood the test of time.

In the northern fringe of Uttar Pradesh, Punjab, Rajasthan, and Haryana

Some parts of Himachal Pradesh and Uttarakhand

Lets Get Your Dream Home

Give us a call on: